12 Restaurants Made Famous by Movies and Television 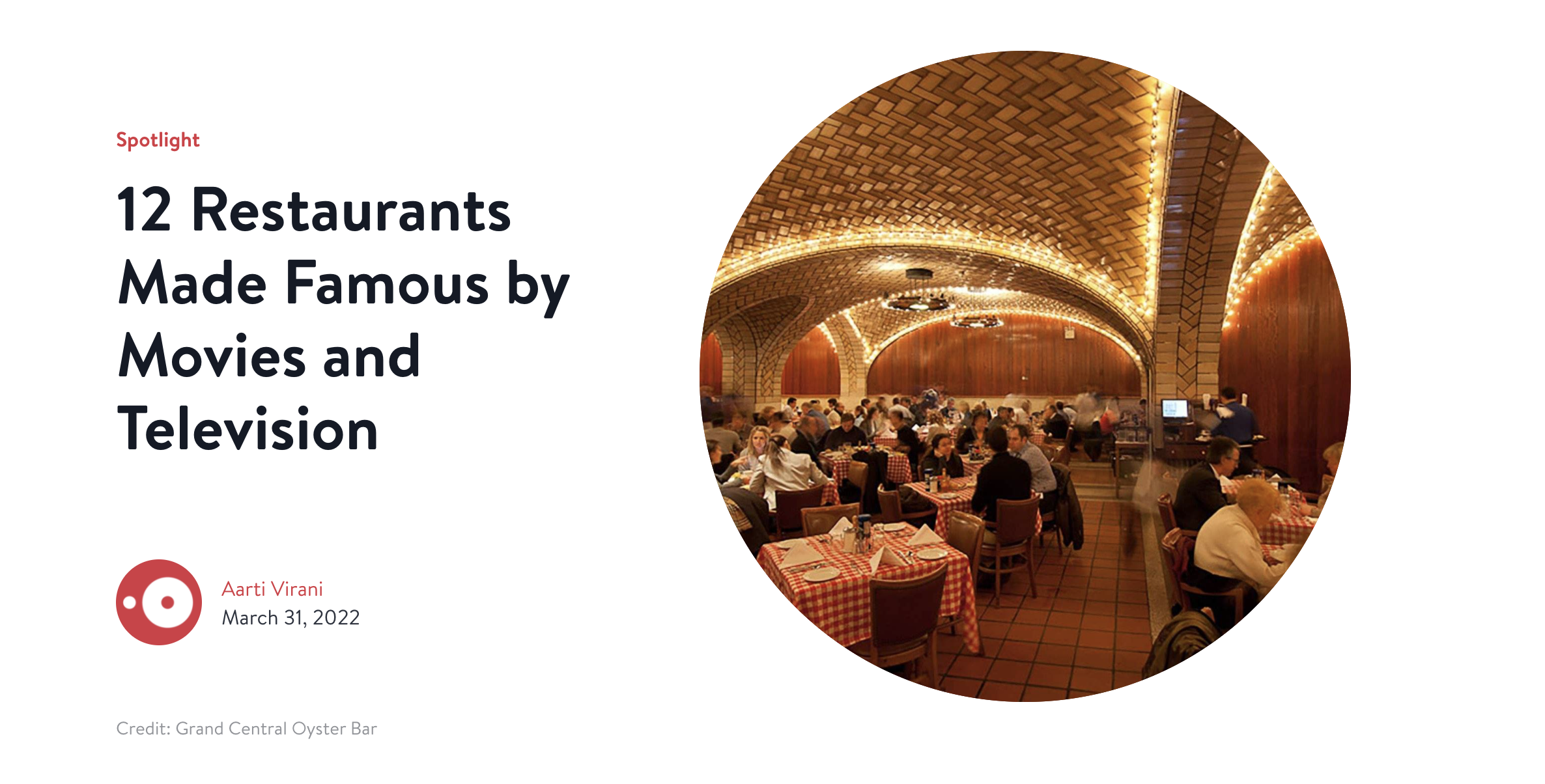 As the Crescent City’s oldest restaurant and the birthplace of oysters Rockefeller—the decadent dish was conjured up here circa 1889—Antoine’s was a New Orleans staple long before it starred in a slew of Hollywood thrillers, including 1991’s JFK and 1994’s The Client. But one of its more memorable appearances was in The Pelican Brief, a thriller centered on a young law student, Darby Shaw, whose legal brief about the murder of two Supreme Court Justices turns her into a target for killers. The restaurant was the site of an important conversation between Darby and journalist Grey Grantham. To this day, the French Creole standard-setter is steered by fifth-generation relatives of the original owner, drawing tourists and locals for its sumptuous poached eggs and pommes de terre souffles, or puffed potatoes.