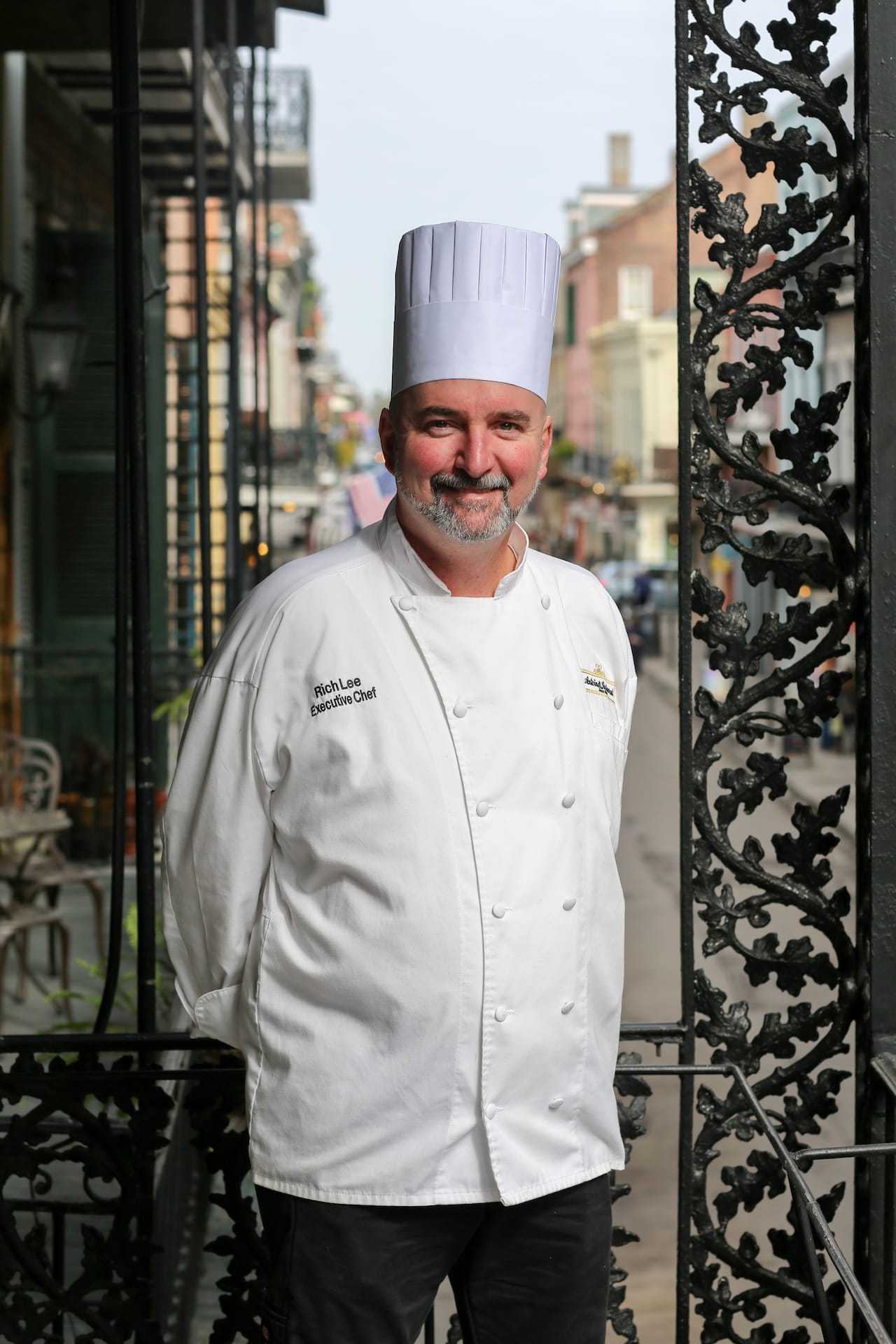 Originally from Charlotte, North Carolina, Chef Lee began his career in the U.S. Coast Guard, stationed in Panama City, Florida. After his time in the service, Chef Lee pursued his love of all things culinary and served as line cook and kitchen manager in the Panama City hospitality industry. His first big cooking opportunity arrived when he served as an executive steward for the U.S. Merchant Marines, sailing around the globe as the solo cook aboard his ship.  There he discovered his passion for all different types of cuisines as the ship would pull into each exotic port.

After opening, creating the menus, and leading the teams at establishments such as the Florida’s Saltwater Grill and the Boardwalk Beach Resort, Rich chose to broaden his culinary knowledge in the “front of the house”. Over the next 12 years, he worked as a general manager at high‐volume corporate restaurants in the Carolina markets.

He then moved to the culinary capital of New Orleans and was hired as a chef and trainer for Sodexo’s corporate division. He served as executive chef for Sodexo’s Energy and Resource division and ultimately served as senior manager of culinary development.

During his tenure with Sodexo, Chef Lee led a North American Chefs Council of Canadian and American chefs, creating menus and establishing relationships with Sodexo’s global teams.  He also served as Sodexo’s lead chef of their Mindful brand, which provides a healthier approach to a client’s standard menu offering.