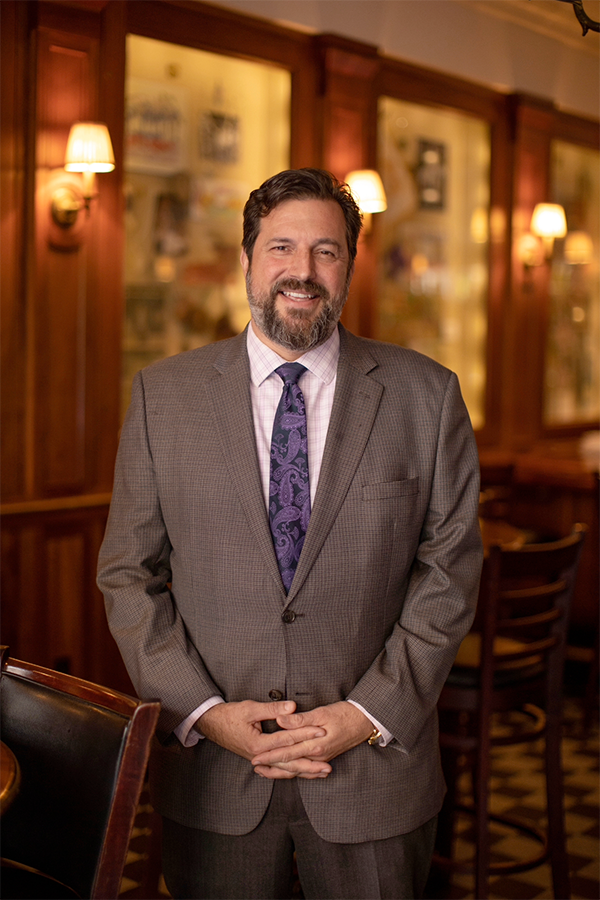 From his early days growing up in the rural Hudson Valley in New York, being involved in the hospitality industry came natural to David.

David moved to New York City in 1997 where his career flourished. His years in hospitality have included management at Tavern on the Green, the highest grossing freestanding restaurant in the country, and at The Waldorf Astoria running events from multimillion dollar weddings to State Dinners for presidents and foreign dignitaries.

After meeting his wife, Jemina, a New Orleans native, in NYC, the two moved to New Orleans in 2012 with their two children.

David worked for the Ralph Brennan Restaurant Group for seven years as the General Manager of Ralph’s on the Park until right before the pandemic hit.

With his experience in large, iconic restaurants and hotels, David says joining the Antoine’s team felt like coming home. “It feels incredible to work in an environment where people celebrate life events that they will talk about for years to come.” In a post-Covid era in which so much has changed, David hopes to rebuild our team of hospitality professionals.

His mission is to help train and inspire the next generation of New Orleans cooks, chefs, waiters, and bartenders who will carry on the culinary and cultural traditions that have made this restaurant and town famous the world over.